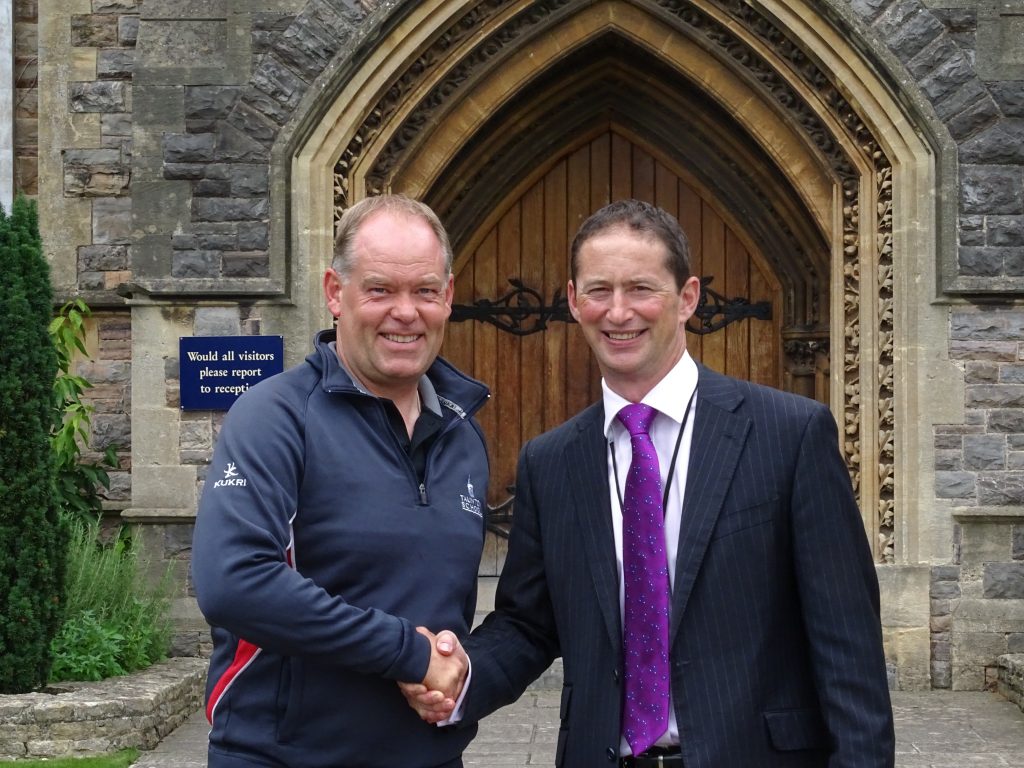 Taunton School is delighted to announce top cricket coach Pete Sanderson is joining their elite team of sports coaches. Pete has just been appointed as Director of Cricket and takes up his new appointment in January. He is currently first team analyst and coach at Somerset County Cricket Club and has worked with many top cricketers over the years. Pete is a Level 4 coach and also coaches the Somerset Cricket Club Academy Structure.
In his new role Pete will be continuing to work alongside Somerset CCC and former England opener, Marcus Trescothick, who is Head of Cricket Development at Taunton School.
Pete said: “I have made a decision to leave Somerset after 23 years to come to Taunton School which is an inspirational, challenging and ambitious environment. I am honoured to be continuing my coaching career at the school. One of the key reasons for me taking up the post is the exciting environment at the school where there is a culture of cricket and an aim to help Somerset’s cricket in the future. Having worked with players such as Jos Buttler, Nick Compton, James Hildreth and Marcus Trescothick, I aim to use those experiences to produce a cricket programme that caters for all players from elite down to C teams.”
He joins Taunton School’s other professional coaches who include: Former Exeter Chiefs and Toulouse player, Nic Sestaret (Director of Rugby) and Former England Development Squad Manager and Galmington Regional Coach, Lisa Manley (Head of Netball).
Headmaster, Mr Lee Glaser, said: “Pete is a vastly experienced and respected coach. I have no doubt that he will build on our previous successes and drive our cricket on to great success.”