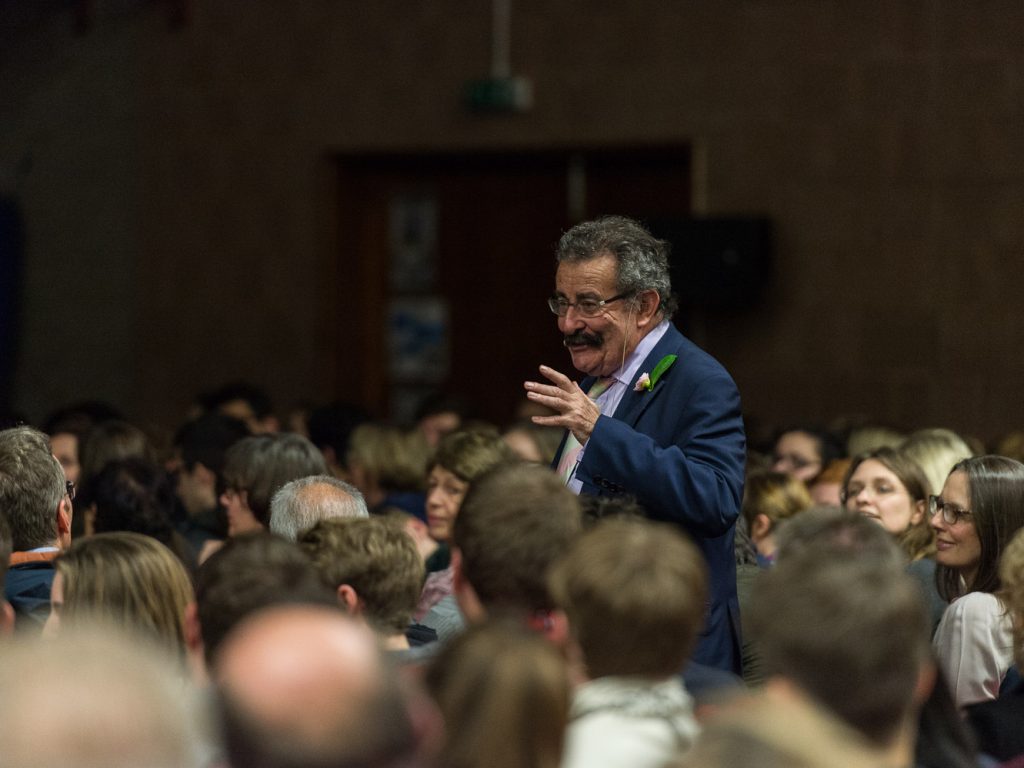 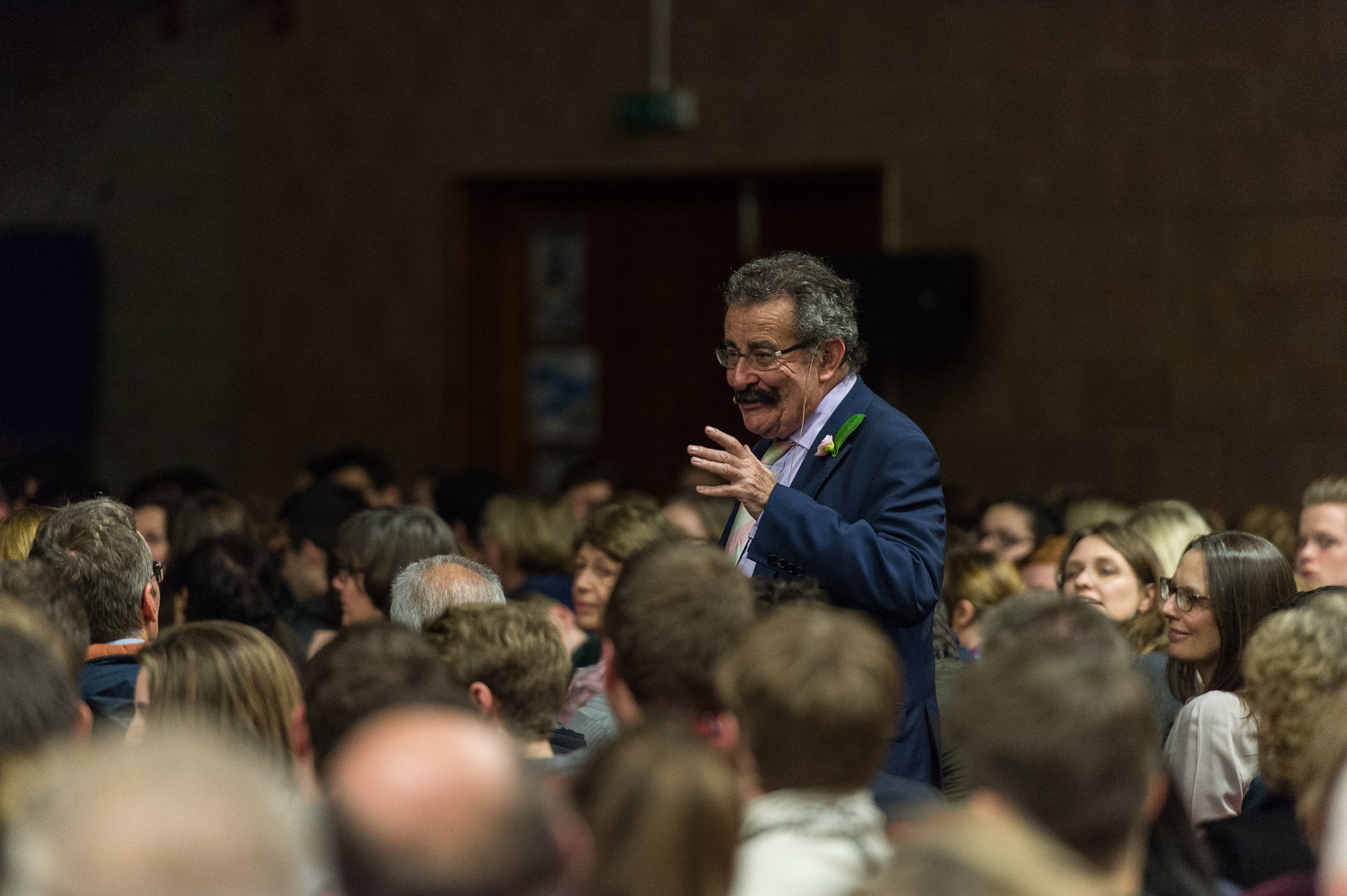 IVF Pioneer and Presenter of ‘Child of our Time’ Lord Winston visited Taunton School on Monday, 13th March and captivated a packed-house with his talk titled “Why bother with Science?”

Lord Winston was greeted by students and staff from the science department at the Senior School. A small selected group of sixth form scientists were then fortunate enough to spend 45 minutes with Lord Winston before the main event, discussing issues relevant to their studies. Special guests, including The Mayor were then invited to have a light supper with the Professor.

When speaking to the 600-strong audience, Lord Winston delivered a fascinating presentation and showed his passion for all aspects of science. Interestingly, he often made references to music and art, playing classical excerpts and presenting his favourite art, looking at the correlation between these pieces and scientific discoveries. He took the audience through millions of years, from brain evolution to parachutes and left them with much to take home, pondering the current and future developments in the world of science.

He generously took many questions from the floor at the end of his talk, giving everyone a chance and answering in his unique engaging style.

Biology student Ned Travers, who is in the upper sixth, said: “Firstly it is a privilege to have him here, he is such a big figure in so many ways and such an interesting man. I’m honoured to be in his company and hear about his past work, his future work and what he is doing at present. It is nice to be able to talk to someone who has been involved in so many areas of science.”

Henry Shelton, also in the upper sixth, and who wants to study medicine said: “I was interested in hearing him talking about his views on IVF. He was explaining to us that as medical students we would be faced with hard decisions in our life balancing the ethics behind it and our own moral compass.”

Lee Glaser, Headmaster of Taunton School, said after the event: “We feel very privileged to welcome such a prominent scientist to our school. Lord Winston is a truly remarkable professor and has undoubtedly inspired the next generation of science leaders in our community with his talk tonight.”