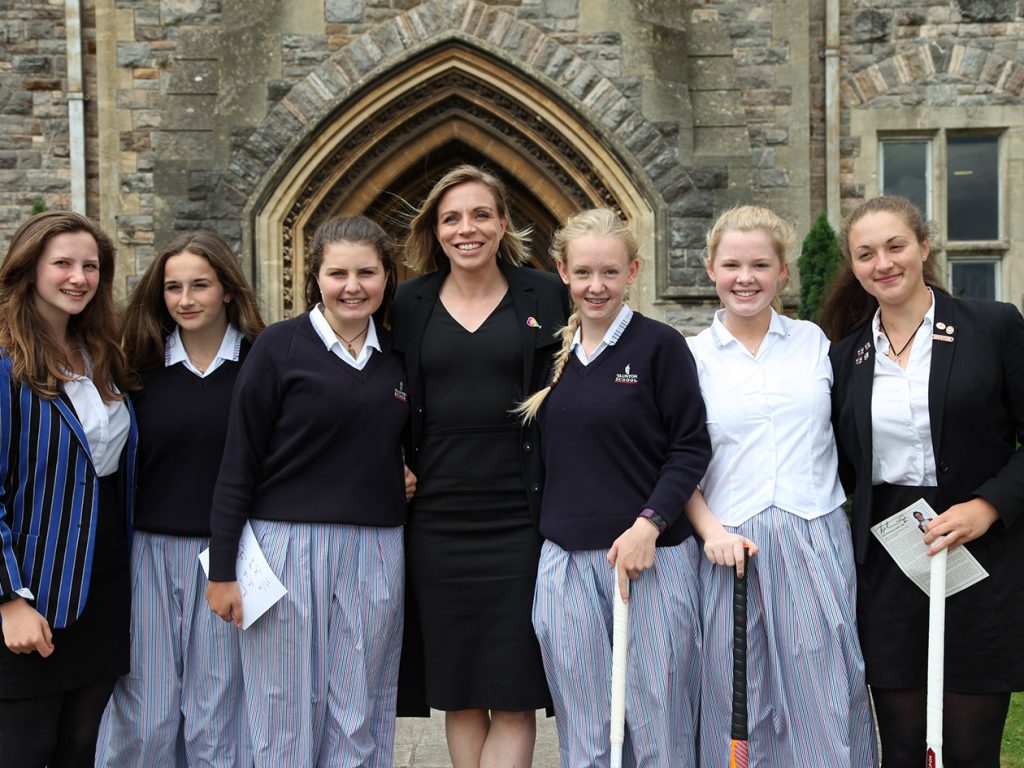 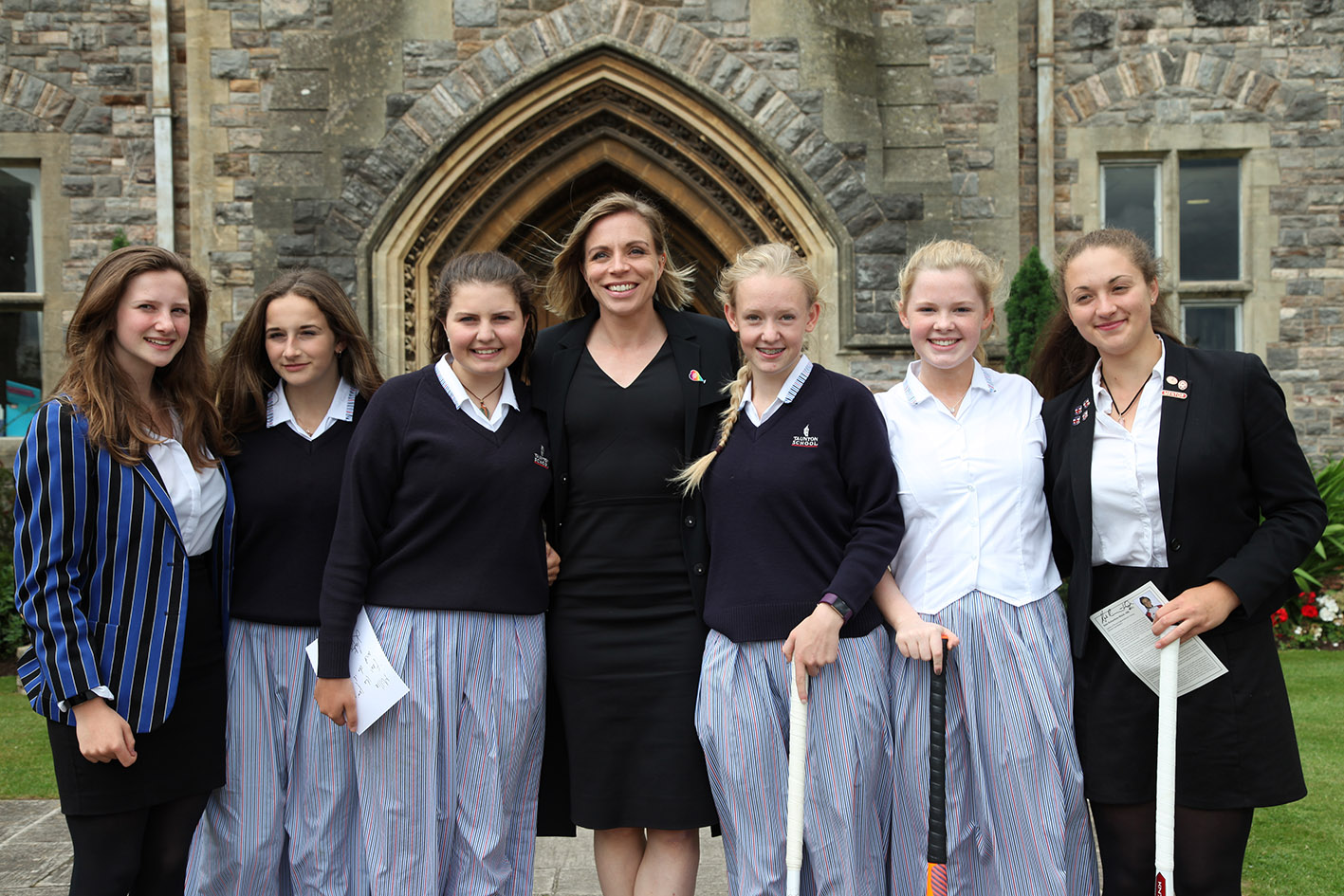 Kate Richardson-Walsh was invited to the School as a special guest speaker at the ceremony to celebrate the end of the academic year. The Olympic star delivered an inspiring speech about her experiences as GB England Hockey captain and told students that they should “reach for the moon”. Her message was clear: “Be visionary in your dreams, be challenging of yourself and be strong.”

Students, staff and families then had a chance to mingle with the sports heroin, as she generously spent time signing hockey sticks, smiling for photographs and allowing people to try on the famous Olympic medals before going into a special Q & A session in the school theatre. 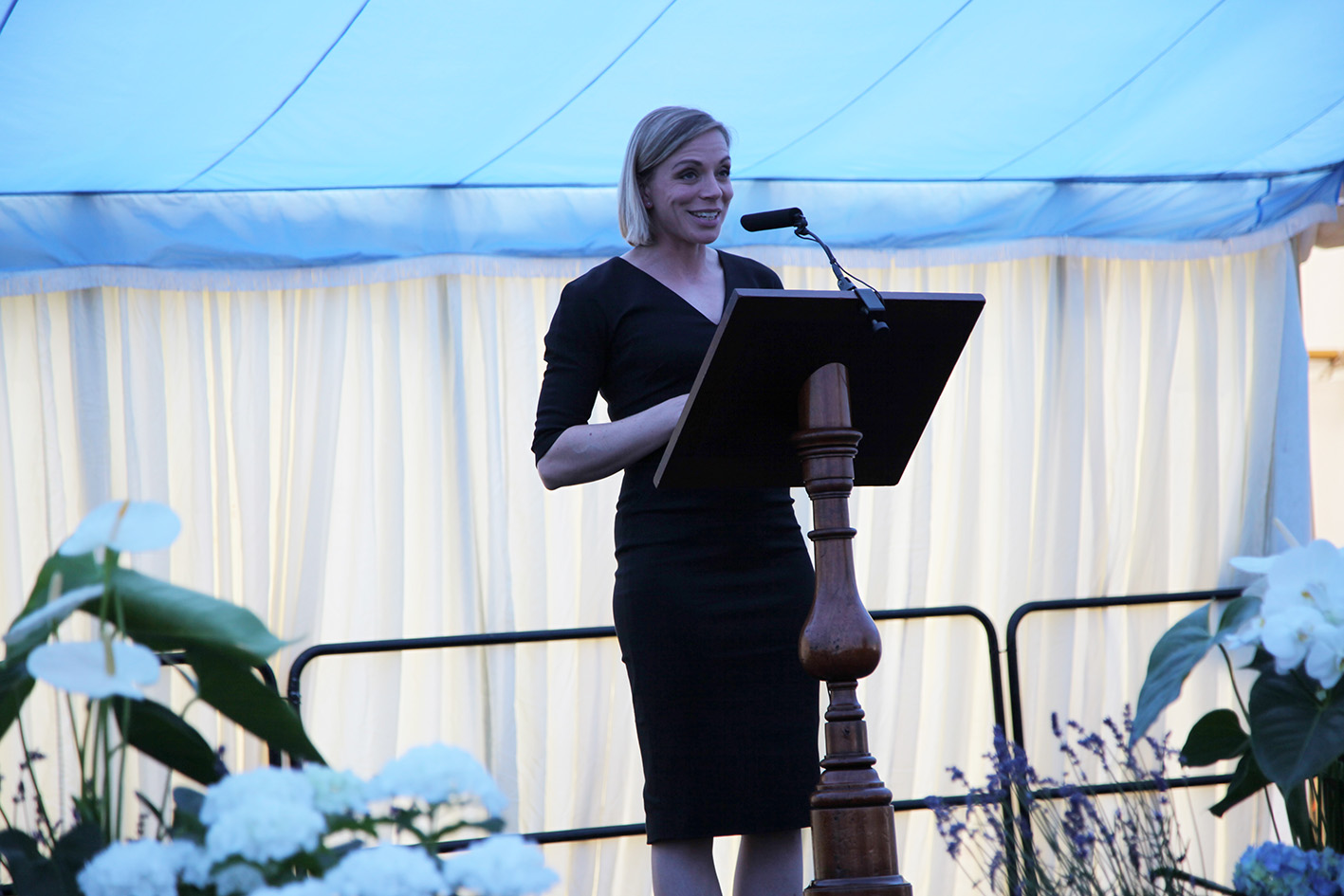 Taunton School Headmaster Lee Glaser said: “I must admit I was a bit awestruck after becoming a bit of a women’s hockey fan these past few years. It was a real privilege to have Kate Richardson-Walsh as our guest speaker, who was hugely inspirational.”

Kate Richardson-Walsh said of her visit to Taunton School that it was “An honour to be part of Taunton School’s Commemoration. [There are some] fabulously talented young people with wonderful futures ahead.”

Many will remember the epic 2016 Olympic final in Rio, when she captained the women’s field hockey team to their first gold medal at an Olympics. The team were undefeated throughout the tournament and won the final after an intense penalty shoot-out. She was also selected to be the Team GB flag bearer at the closing ceremony.

Taking place on the last day of term, Commemoration is a celebration of the year at Taunton School and awards are given to students for outstanding achievements.

A few photographs from the day can be found here.