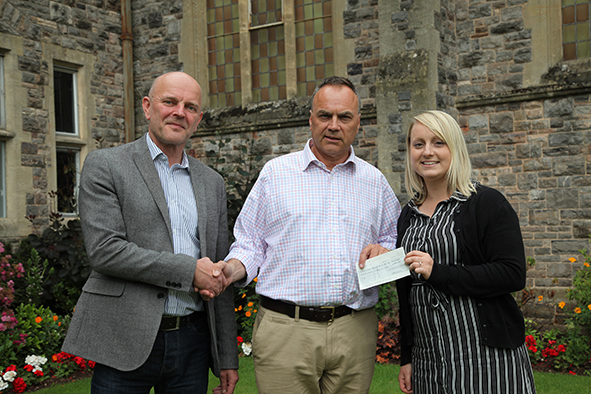 Taunton School have stepped-up to support a project that will see the creation of a homeless hostel for former service personnel in Taunton.

The project, which is being driven by Taunton Association for the Homeless, identified that one in ten homeless people are veterans who would benefit hugely from purpose built accommodation.

Taunton School has donated £250 to the project and has pledged to help with the redecoration of the building, with Taunton School pupils lending a hand where they are able to.

Stephen Pugh, who has recently retired as Taunton School’s Combined Cadet Force Contingent Commander recognised the project as being particularly important to support. Stephen commented: “It is tragic that some former service personnel do not get the care they truly deserve after leaving the military. This project will see specialist accommodation for those veterans who really need a safe place to live and Taunton School is proud to support such a project.”

Taunton Association for the Homeless is starting work later this summer on transforming the former pub, The Victoria Arms, on East Reach, into a home for veterans.

Justin Roxburgh, CEO of Taunton Association for the Homeless said that the project will create eight bedrooms, four with wet rooms, and facilities for wheelchair users.