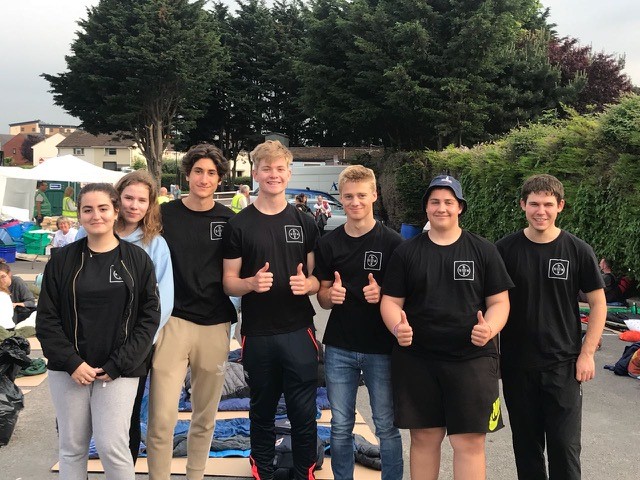 Have you ever had to sleep rough? Hopefully not, but some of our students had such an opportunity last Friday by taking part in the “Big Sleep Out in Taunton”, organised by the local homeless charity “ARC” (formerly Taunton Association for the Homeless). The team of Young Enterprise students and their friends, accompanied by Mrs Rixon, had only cardboard, sleeping bags and pillows.

“On arrival we were greeted warmly by the volunteers team who gave us a free piece of cardboard and a goody bag which included toothpaste and toothbrush, a bottle of water and glow sticks (a bit of fun to brighten up the evening). Lots of people had already set up camp; some were in large groups like us, some were there alone, some with children or even a dog. Whilst not exactly authentic – a BBQ, hot drinks and live music were available to add some fun to the evening. It started getting cooler from 10 o’clock, the hour before “cardboard” time, but my friends helped me not to feel the chilly wind and we fell asleep quite early. In the morning we had some breakfast and then came back to school because we still had lessons and matches to get through.”

To be honest, it was great experience, a bit challenging, but I would do it again even without my friends or any known people there because it was such a good chance to raise awareness for the homeless: now I cannot just pass by a homeless person who has nothing, even a simple sleeping bag!”. 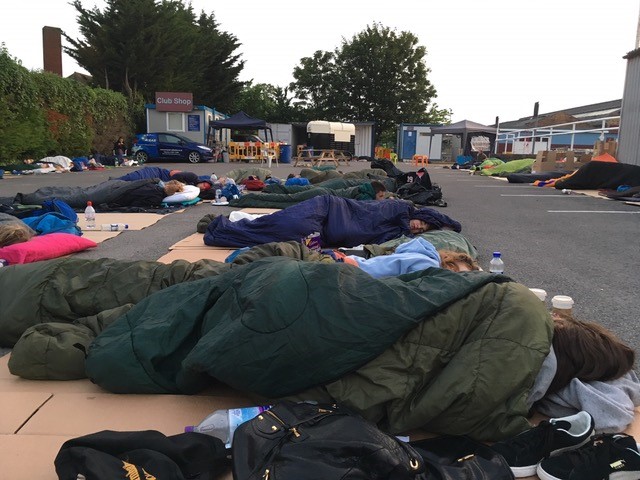 Thanks to everybody who participated and supported us during this chilly night on cardboard under the stars!