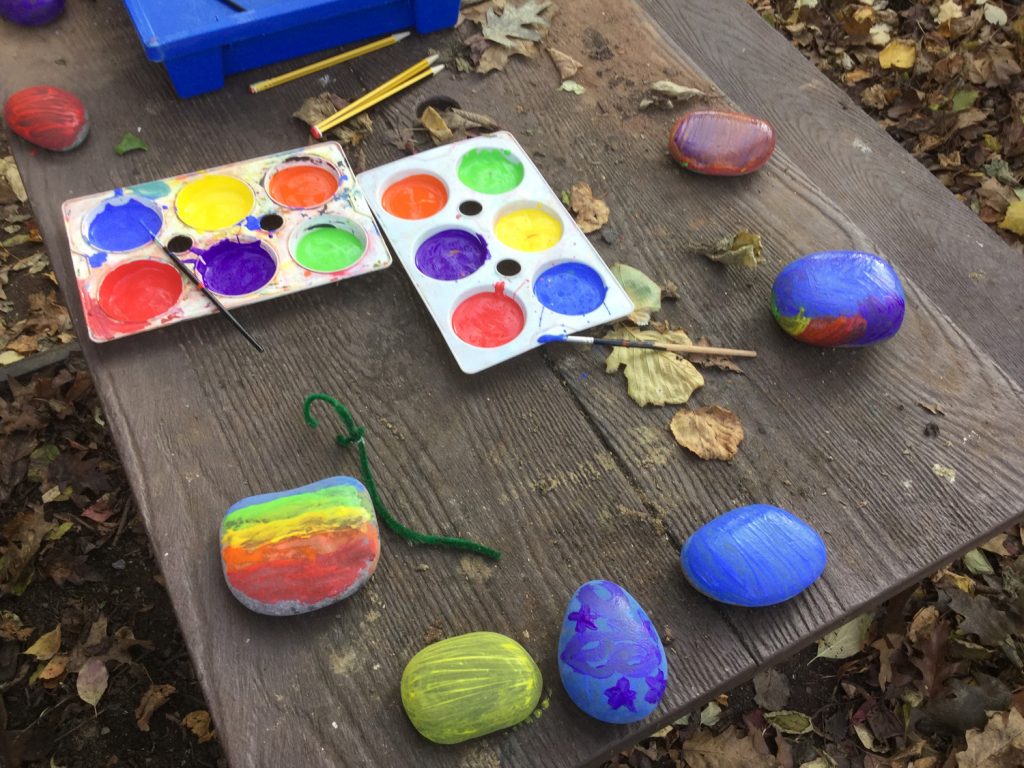 On a beautiful Saturday afternoon, the children took to the sunny outdoors on the school campus with Mrs Finch and Miss Margenout to enjoy their organised activity of pebble painting and dream-catcher making – as you will see from the photographs, the results were superb! Meanwhile, some of the children were elsewhere participating in their various sports fixtures. All back in the house during the evening, we enjoyed watching the Rugby in the Hub and the Year 8s watched a film in the Lounge – time to “just chill” as a boarding family.

On Sunday, we greatly appreciated a relaxed pyjama breakfast in the house. Jess kindly made milkshakes for everyone, which went down a treat! Some children spent the rest of the morning playing sports outside whilst others stayed in the house to complete their preps in advance of the trip to Laser Space in the afternoon – a fast action, high-tech laser game adventure centre for laser questing with walkways, towers, mazes and ramps.

Going against traditional Sunday values, the children succeeded in their ‘quest’ for no rest. Laser Space is described by the company as “an adrenaline packed experience”; it certainly was! The children, along with Mr Chaffey and Mrs Pettit, competed in three fast-action laser games. As the scores started to come in, it was clear that we had a real competition on our hands. The first two games were team games; the last was a ‘free for all’ – aim at anyone and everyone, although some of the girls decided to make a truce to help each other out! We had lots of ‘top guns’ but it was Alex Oppenheim who was victorious in the final game!

Back to reality ‘at home’, the children got themselves organised after supper. Dasha ensured a lovely end to the weekend with cake for everyone following her birthday during the week. The house then settled down for an early night in preparation for the week ahead. Many of the children are now looking forward to the upcoming Exeat at the end of this week. Whether visiting your children or welcoming them home for the Exeat weekend – enjoy!