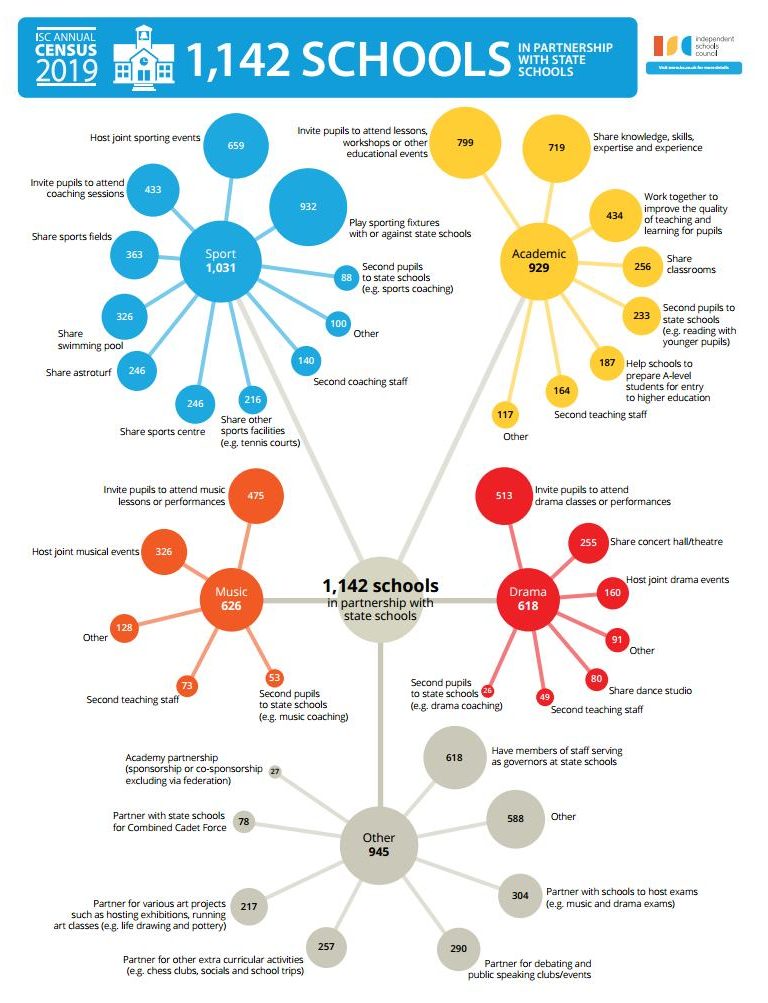 The Governors and the School are committed to making sure that the school’s charitable objects are carried out for the public benefit.  They do this in a number of ways, the most significant being to ensure that the education and pastoral support provided by the school is available to all, regardless of financial circumstance, economic or social background.  They also ensure that the school’s facilities are made available, as far as possible, to other local schools and the wider community.

The Assisted Places programme (sometimes known as the bursary programme), offers means-tested financial support to pupils who demonstrate commitment, aptitude and a desire to learn yet whose families may not be able to afford full fees.  The level of financial support awarded is decided on the basis of a confidential, means-tested assessment so varies according to each family’s individual circumstances.  Assistance is offered on a sliding scale which means that recipients range from middle-income families in professional careers to those of very modest means.

The Assisted Places programme is generously subsidised by the School’s Foundation and supported by our community of donors, including former pupils, parents and friends.

The school is committed to broadening access and the growth in the number of pupils in receipt of financial support is shown in the table below:

The Foundation raises funds to support 100% means-tested bursaries at Sixth Form by offering donors the opportunity to become Patrons. Four students have already benefitted from the initiative and there are currently 12 fully funded children at sixth form with more coming to school in September 2020.

Funds are also raised to support the school’s Assisted Places Scheme which creates access to a first class education for children with talent and promise throughout the school. A £5million campaign is being launched in March 2020 to support over 100 new children.

The School has entered into collaboration with the Levels Academy Trust, which comprises four primary schools in the Langport area. Taunton School provides members of staff to sit on the Trust and Governing Boards of the Trust with the aim of working collaboratively across a number of areas which include training and sharing of skills and resources.

Students engage in various fundraising activities throughout the year and last year made donations to EducAid (an educational charity based in Sierra Leone) and Taunton Opportunity Group (a local pre-school for children with severe learning disabilities). TSI and TSIMS students carry out many events to raise money for various charities which have previously included St Margaret’s Hospice, UNICEF, Samaritan’s Purse, Macmillan and Red Ribbons for Aids.

Taunton School sponsors a number of local sports clubs, sharing expertise, resources and facilities by providing much needed financial support. The School also supports the Centre for Outdoor Activities and Community Hub (COACH).
The School has recently partnered with The Brewhouse Theatre and Arts Centre which will assist them with their transformation plans to become a regional arts centre.

The School has also supported a project driven by Taunton Association for the Homeless that has created a homeless hostel for former service personnel in Taunton.

Since September 2017, we have done fundraising for Himalayan Children, Aspire, Children in Need, James Willet Fund, RAFT, Sport Relief and Love Musgrove. Also, our Young Enterprise have been making donations of socks to ARC (formerly Taunton Association for the Homeless) as part of the SOXBOX project.

We provide teacher training opportunities for graduates who wish to pursue a career in teaching and we operate as an EYFS Training Centre for the South West. We provide free sessions for primary school children in Science, Music & Drama and sports camps. Local Primary School children are invited to spend a day in the Prep School working with TPS music, drama and dance teachers to produce a play and to perform it in front of an audience of their parents.

We produce various musical events in support of the local community and aim to raise money for charity while doing so.

We broaden access by opening the School’s facilities such as the swimming pool, sports pitches and athletic facilities to local primary schools.

Taunton School have renewed their partnership with top women’s cricket team Western Storm for the 2018 and 2019 season in a bid to develop and inspire young female cricketers with this sponsorship. Western Storm will be offering community projects such as training camps for children which Taunton School will support.

The Combined Cadet Force is developing strong links with Somerset ACF and the Taunton Sea Cadets. One of our CCF Officers regularly instructs Sea Cadets at HMS RALEIGH. Taunton School is working within the MoD Directive for Cadet Forces to share opportunities for training and exchange of personnel in order to enable greater use of available talent and experience.

Pupils of all ages participate in volunteering activities in support of the local community such as clearing small ditches at Stover Country Park.

We hosted the inspirational STEM ‘Skirting Science’ event in March 2018, organised by women’s group Soroptomists International Taunton. It was attended by over 200 local Year 9 girls and Taunton Mayor and scientist Councillor Vivienne Stock-Williams.

There were 14 organisations at the event including The Met Office, Rolls Royce, The Institute of Physics and many workshops by local businesses featured. Attendees participated in hands-on experiments such as constructing an ejection seat with The Royal Navy Fleet Air Arm Museum, separating blood proteins with the University of Bristol and replicating the planet’s atmosphere in test tubes with the Institute of Physics.

In December, we ran a STEM Fair for local state school children. Pupils were able to take part in a circus of many hands-on experiments ranging right across the STEM spectrum, from using a laser to trace vocal patterns to constructing fermentation bioreactors using immobilised yeast cells; growing silver icicles on a chemistry stand and programming different types of robots with ICT and design. Their maths and problem solving skills were challenged using a variety of illusions and puzzles.

We sponsor the Centre for Outdoor Activity and Community Hub project (COACH). The sustainable facility is a huge benefit to the community providing an extensive list of activities such as kayaking, paddleboarding, orienteering, mountain biking, wildlife identification and a nature trail for all to enjoy. We have made a significant contribution and lent our support to the project.

Directions
We use cookies on our website to give you the most relevant experience by remembering your preferences and repeat visits. By clicking “Accept All”, you consent to the use of ALL the cookies. However, you may visit "Cookie Settings" to provide a controlled consent.
Cookie SettingsReject AllAccept All
Manage consent

This website uses cookies to improve your experience while you navigate through the website. Out of these, the cookies that are categorized as necessary are stored on your browser as they are essential for the working of basic functionalities of the website. We also use third-party cookies that help us analyze and understand how you use this website. These cookies will be stored in your browser only with your consent. You also have the option to opt-out of these cookies. But opting out of some of these cookies may affect your browsing experience.
Necessary Always Enabled
Necessary cookies are absolutely essential for the website to function properly. These cookies ensure basic functionalities and security features of the website, anonymously.
Functional
Functional cookies help to perform certain functionalities like sharing the content of the website on social media platforms, collect feedbacks, and other third-party features.
Performance
Performance cookies are used to understand and analyze the key performance indexes of the website which helps in delivering a better user experience for the visitors.
Analytics
Analytical cookies are used to understand how visitors interact with the website. These cookies help provide information on metrics the number of visitors, bounce rate, traffic source, etc.
Advertisement
Advertisement cookies are used to provide visitors with relevant ads and marketing campaigns. These cookies track visitors across websites and collect information to provide customized ads.
Others
Other uncategorized cookies are those that are being analyzed and have not been classified into a category as yet.
SAVE & ACCEPT