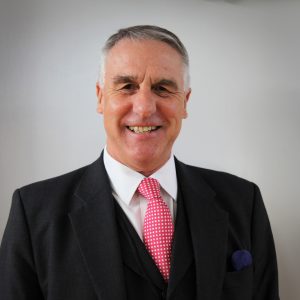 Ian was CEO of the UK Hydrographic Office (UKHO) in Taunton from 2011 – 2015, having been UK National Hydrographer as a Rear Admiral from 2006. His 35 years in the Royal Navy included over 20 years seagoing in 11 warships and the Royal Yacht HMY BRITANNIA. His senior roles included Joint Command as Commander British Forces South Atlantic and he commanded the ice-breaker HMS ENDURANCE and destroyer HMS NOTTINGHAM and was executive officer of the aircraft carrier, HMS INVINCIBLE. Now semi-retired, he is a Non-Executive Director of the Port of London Authority and the Operational & Safety Advice Group for the British Antarctic Survey. He has 2 other voluntary roles besides being a Governor of Taunton School: as a Deputy Lieutenant for Somerset and  as a Trustee of the Falklands Conservation charity. He is a Younger Brother of Trinity House, Master Mariner and member of the Naval & Military and Antarctic clubs. He is married with 2 sons. Ian was appointed to the governing body in 2016.