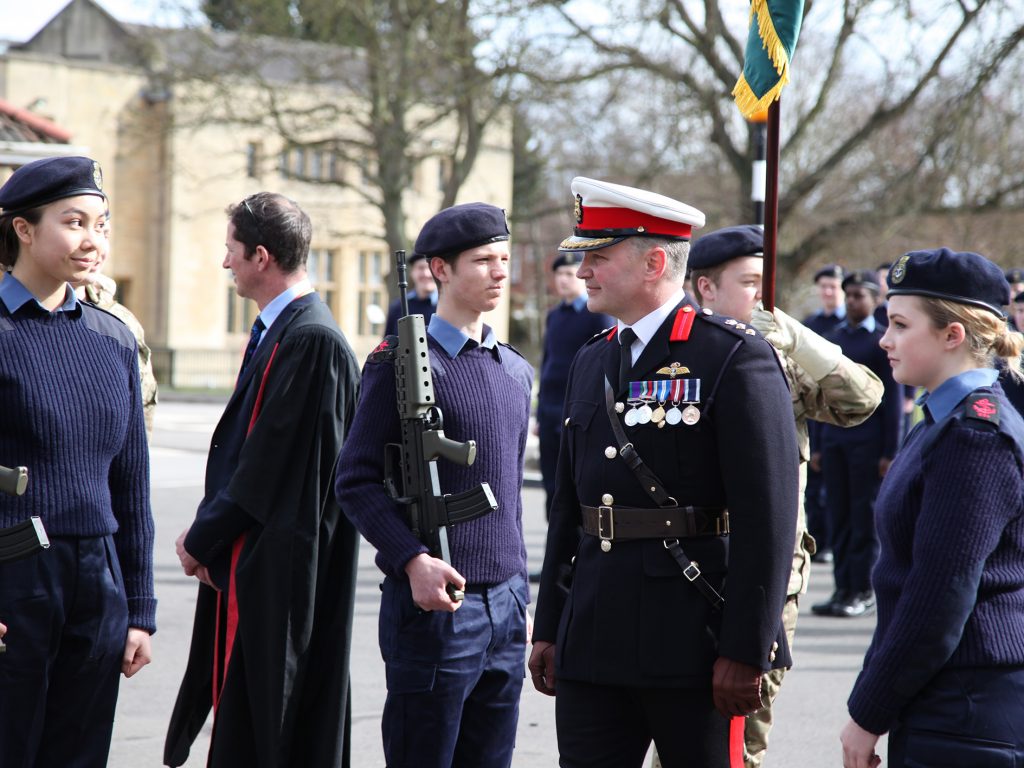 In an exciting start to its annual CCF Inspection Day a Royal Navy Wildcat helicopter landed on the front pitch at Taunton School bringing with it Colonel Phil Kelly, the Inspecting Officer in charge of the Air Group on board the Royal Navy’s new Aircraft Carrier HMS Queen Elizabeth. His job was to review the school’s cadets, including his own daughter Mary Kelly.

Colonel Kelly saw the cadets demonstrating many of the skills they had learnt whilst in the CCF including camping and cooking, life-saving, casualty treatment and evacuation, and field guns.

Mary Kelly, who is a lower sixth student, said: “This year’s CCF inspection day was a great success, with everything running smoothly and everyone enjoying themselves. I was delighted to have my dad there as the inspecting officer, as it meant he could see the exciting and educational things we do here within the CCF at Taunton School.” 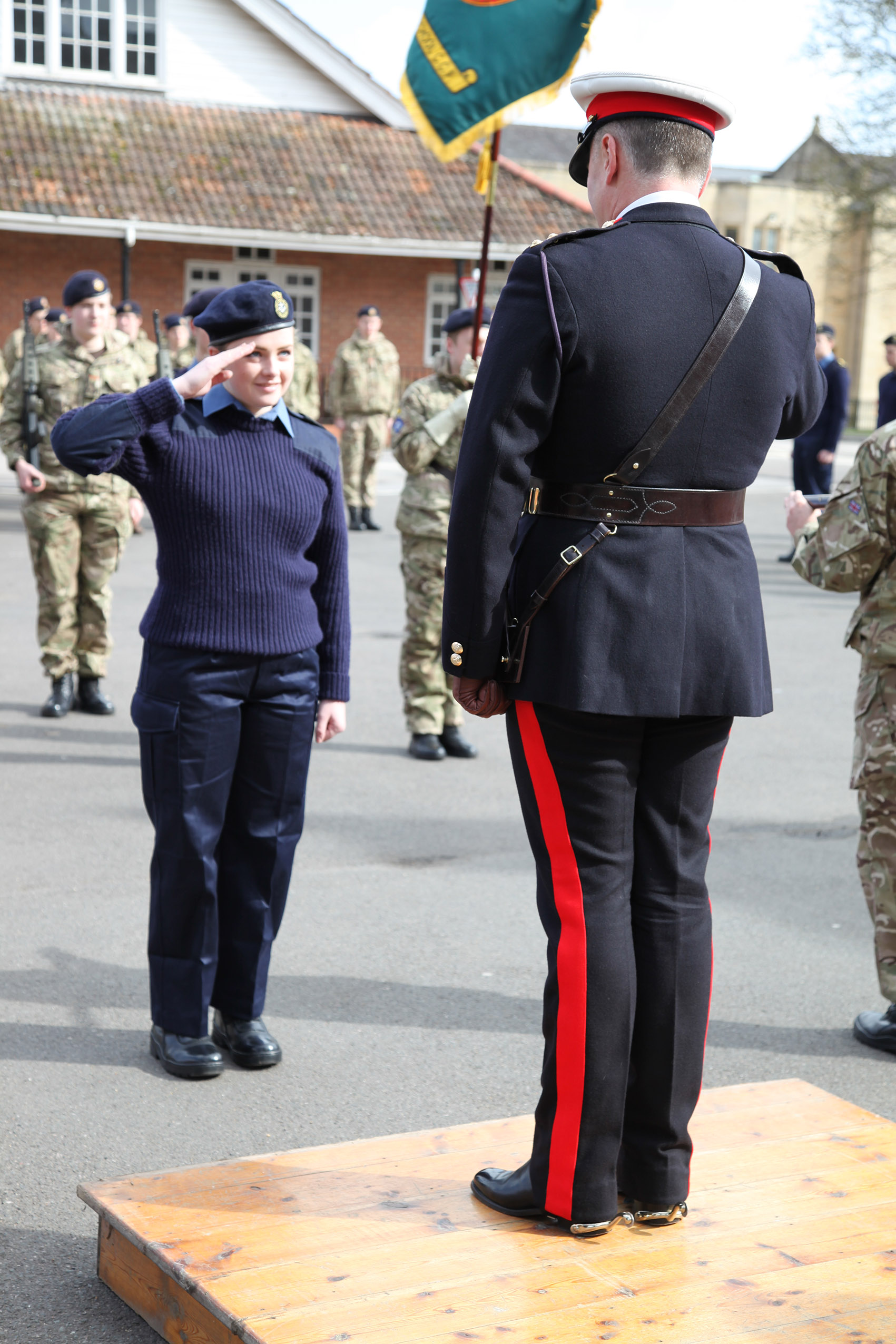 Colonel Kelly praised pupils for their enthusiasm and pointed out that skills like teamwork, leadership and self-discipline are “Life skills” which will be valuable in whichever career they choose.

Taunton School has the largest CCF contingent in the South West.